We started the MOBY-DICK coffee house project in December 2018. Customers came to us with their own vision of the future cafe. The main idea is to create a space with the atmosphere of an apartment of a professor from the Soviet Union who traveled a long time around Africa and collected many artifacts of completely opposite culture at his home. The task was also to form a “unfashionable” interior with its own character, bypassing trends and relying on individuality.

Based on this idea, several interpretations of this concept were developed, one of which was reflected in the current interior.

The finishing materials that we used in the interior, send us to the era of the Soviet Union: herringbone parquet, a classic ceiling cornice, mosaic on the floor (as in the Soviet entrance to an apartment block).

Almost all the furniture in the project is the furniture of the Italian factory Calligaris, the only exception is the soundbar at the end of the hall of our furniture brand BYfurniture. Lightning is from the factory AROMAS (Spain), &Tradition (Denmark) and Centrsvet (Russia). Specifically for this project two wall ceramic lamps (Ceramic MAY), that are located between the windows, were made.

The bar counter is the central element of the interior and the work of street artist Yevgeny Cowek. It is made of chipped tile according to our sketch, which Yevgeny eventually reviewed, added something on his own, but he managed to keep the main motive of African vegetation. 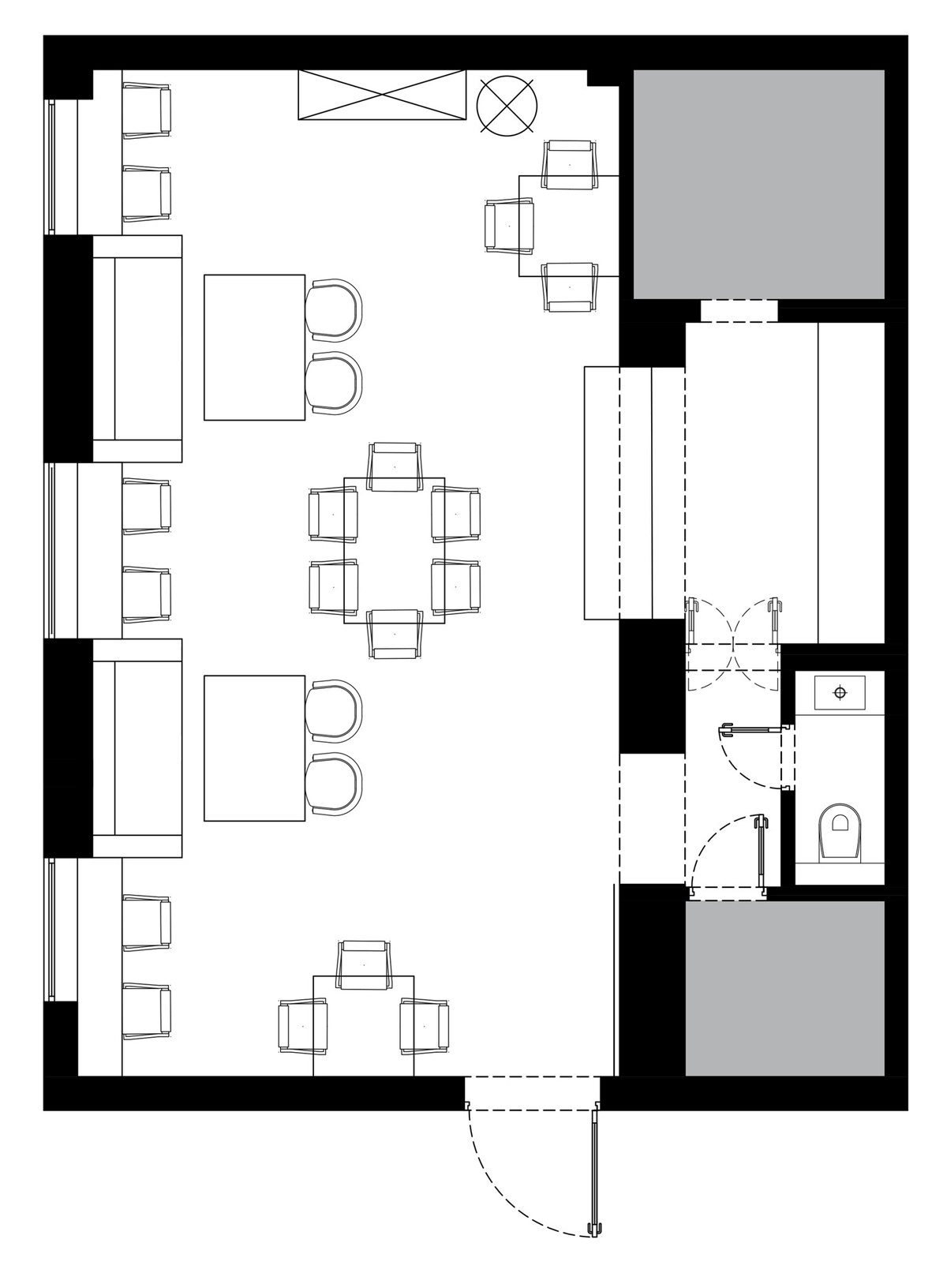 Get in touch with us
We implement most daring ideas!
Leave your request