The design of the apartment was designed for a young couple. Since the apartment is located in the "stalinka", then the spirit of the Stalin era was taken as the basis for the idea. A complete redevelopment of the premises was made. Almost all the walls were demolished, moved the kitchen, combined the bathroom - due to this, a large space was obtained. Thanks to the micro cement, the original appearance of the walls was retained as much as possible, only one wall is painted with white paint for the projector. An interesting decision was to make the shutters on the windows. The kitchen and bathroom use marble. The entrance from the bedroom to the bathroom may seem strange to its openness, but here the smart-glass partitions are used. In general, we tried to make a simple and elegant design with the maximum. 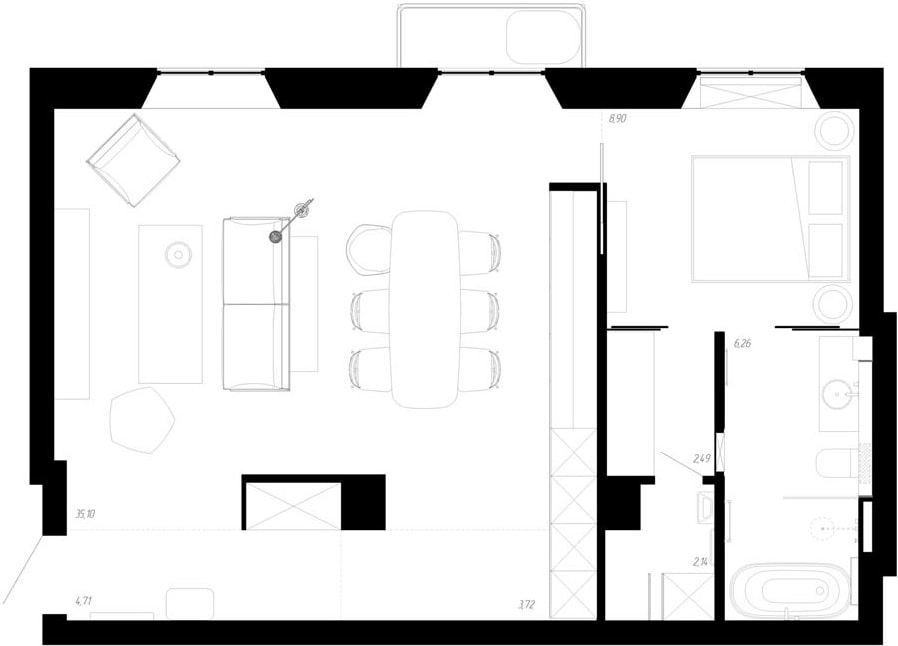 Explication of the plan

Leave a request
We will implement your most daring ideas!