This is a project about pre-christian culture. About how our ancestors saw the world, what they believed in, how they lived. Since in our time there is little information about paganism, and even less museums and places where people talk about it, our project turned out to be truly unique. The old forester’s house in the Berezinsky Reserve in Belarus became the basis of the museum. Since pre-Christian people lived mostly in farms or small villages, the image of a lonely house in the forest was the best fit for the museum. During the reconstruction, we hid all the windows around the house so that it was not clear from outside what is inside the building. This is a reference to the fact that very few people know about the pre-Christian era today and it’s not easy to get such information, thus it is closed to an outsider, so we create the intrigue of what is inside the building. Next, we completed the entrance of the museum, this is a kind of skeleton-frame of the roof, reminding its silhouette sacral buildings. It shows that this is a story about a dead religion, from which only memories have remained. The annexe walls have a reverse perspective system; it causes dissonance to the one who enters and tells that the world of the people of that time was filled with many mythical and amazing things. There is a tree in the middle of the annexe – this is the main symbol of pre-Christian people. In the understanding of pagan religion, the tree united three worlds: the underground world, the world of people and the world of heaven. In our case, it was cut down and is already dead, since this religion is almost forgotten nowadays. Also, this is what the color of the whole building tells us. We painted all the structures, including the roof, foundation and walls in one dark anthracite color. It creates an impression of a house after the fire; this is how the rejection of paganism happened in our lands. With the advent of Christianity, many people were forcibly baptized and forced to apostatize the past faith.

In the interior of the museum, the entire square was divided into three themed rooms, as I wrote earlier: the underground world, the world of people and the world of heaven. Each of them is decorated in the representation of the ancient man of this world. There are many fairy tales and legends that tell about mythical creatures and events that our ancestors believed in and with which they tried to explain the logic of the events around them.

In front of the museum there is an entrance tablet with a legend in the form of an opened book, where the text can be read only in the reflection of the mirror, which is located on another half of the book. Nearby are shops, made in the form of constellations, since many myths are associated precisely with the stars and stories about them, and most of them are about the most familiar constellations - the Big and Small Dipper. A little further away is the mythological path, this is the track along the entire reservation, which passes through dense forests, swamps and meadows. During the trail, there are various sculptures of mythical creatures from fairy tales and legends, which a traveler can get acquainted with. The entrance arch to the trail has two mirrored walls made of sheets of polished metal. There are tree trunks in front of them. A person passing between the mirrors, immersed in the effect of recursion, seeing around him an endless forest, which is removed into the distance, this means a transition to the forest zone, where he can meet various wonders. 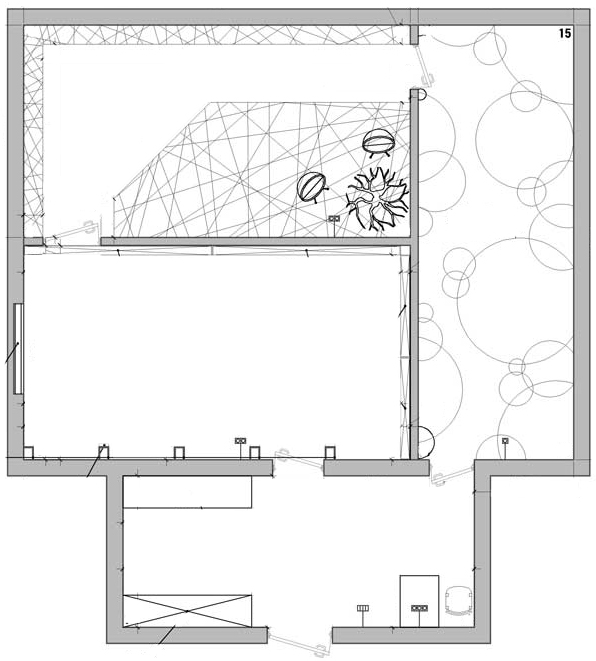 Get in touch with us
We implement most daring ideas!